One of the side benefits of Martin’s competitive season is that his meet schedule is occasionally an opportunity for short weekend mini-breaks. As you may recall, last year we visited Pietrasanta & Pisa, Italy, where Martin had a Spring training camp. This year, we spent two consecutive weeks away in Luxembourg and Germany. I’ll tell you more about last weekend in Heidelberg & Fränkisch-Crumbach in another post, but first you must visit Luxembourg with me. 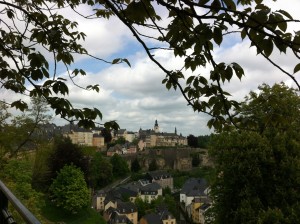 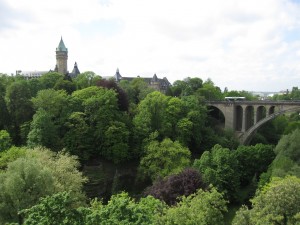 Luxembourg was a new country for me, and I really enjoyed our short visit. We rented a car on Friday and after a short shopping detour to Ikea/Coop/Migros we were on the road north through Germany to Luxembourg City. The drive itself was quite uneventful. Our little Citroen sped along the autobahn and the roads we are already familiar with, after drives to Amy’s and Fränkisch-Crumbach last year, all the way into Luxembourg City.

Martin found an amazing deal at the Sofitel hotel just near the futuristic and imposing European Court of Justice complex and we had a cozy night’s rest that almost was as good as being home in our own bed. The next morning we ambled around the city, more bustling than expected as Luxembourg’s annual night run was taking place that evening. As it was, the streets were busy with locals and visitors exploring the shops, farmers market, and watching the poor soldier stuck marching back and forth in front of the Duke’s palace. It was especially fun to see all the public art/sculpture around the city. And, I even found a petit kumquat tree to bring home for my patio garden. We had plenty of time to have a nice breakfast, people watch, and see all the beauty of the city’s old walls and green parks before we departed for Martin’s meet in Ettelbrück, about 30 minutes out of Luxembourg City. 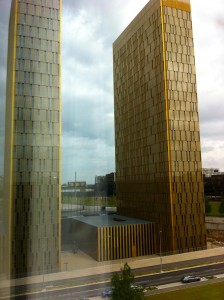 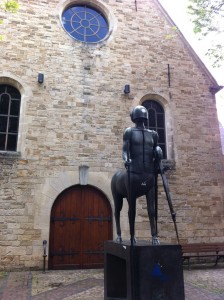 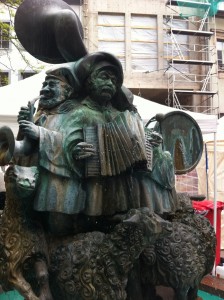 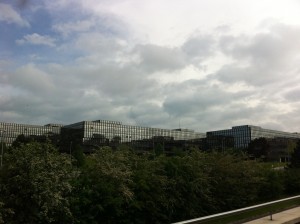 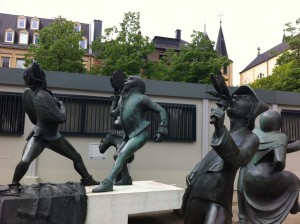 Ettelbrück was a quiet town and I enjoyed lazing on the grass beside the throwing field during Martin’s competition before we enjoyed another quiet evening before heading back to Zurich via Strasbourg, France.

On the way home we stopped in Strasbourg, the official home of the EU Parliament, an amazing sandstone Gothic Cathedral, and a medieval city center (Petite-France) with classic black and white timber-framed buildings. It was a warm and breezy afternoon and nice to take a break from sitting in the car to see a few more sights before returning home. 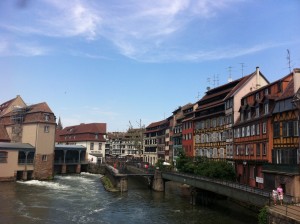 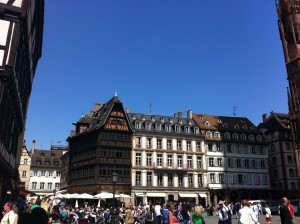 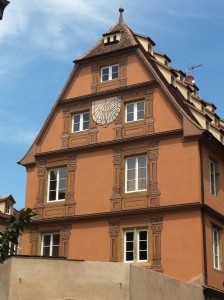 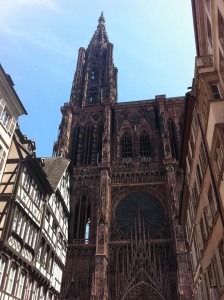 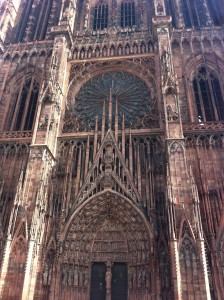 Overall, what was most memorable about the whole weekend was not the fact that we were pulled over on our drive home so that the German police could confirm whether we were gun smugglers (certainly an interesting experience), but rather the amazingly lush countryside in Luxembourg. Switzerland is very lush and green, but something about the empty fields and millions of deciduous trees forming natural arbors over the roads in Luxembourg left us in awe. I am already considering when to plan a weekend getaway to see the fall colors. 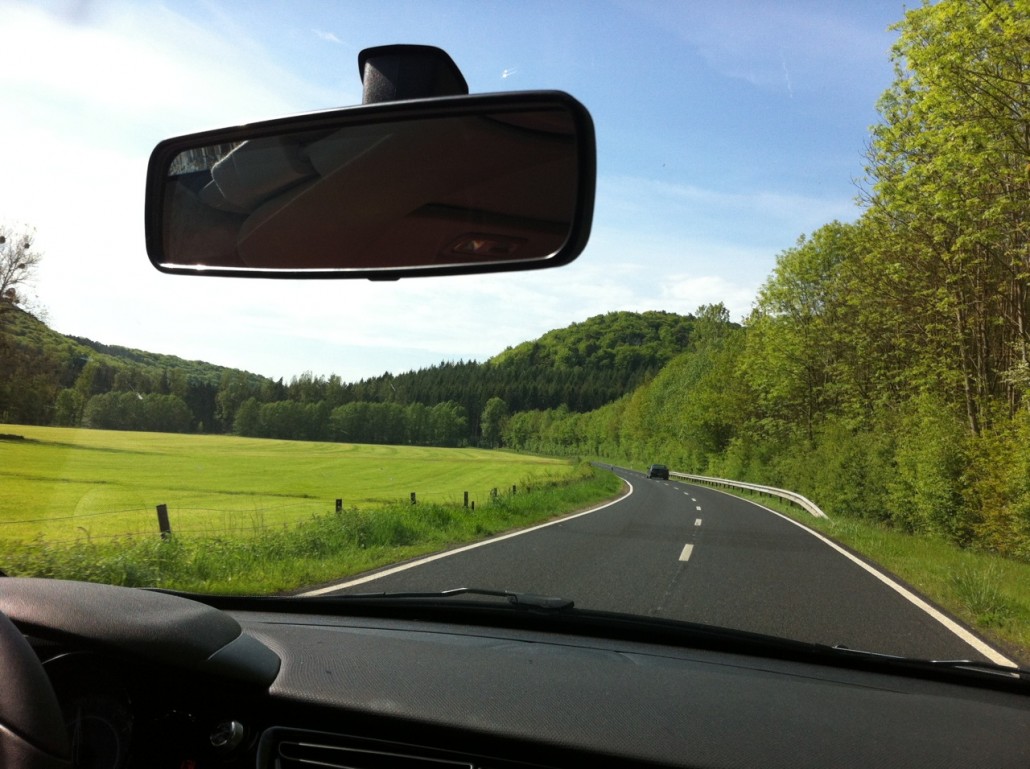