Nearly one week has already passed since our return from Tuscany last Saturday. I haven’t had time yet to compile all my favorite photos, but I did have time to visit another new place this week — the VitraHaus.

Wednesday was Tag der Arbeit (Labor Day) in Switzerland and so I was eased back into work with a mid-week bonus day. Since we planned to spend the afternoon in Basel for a hammer competition we decided to leave a bit early to stop at the VitraHaus and Museum just over the border from Basel in Weil am Rhein, Germany. I have been dreaming of this trip for quite awhile as I love many of the things produced by Vitra and the idyllic pastoral views that can be seen out the giant peaked windows always looked spectacular. 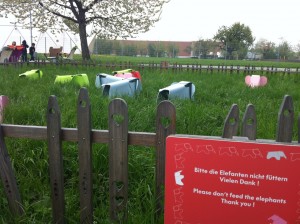 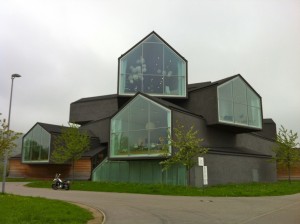 Our first stop was the Vitra Design Museum which has a beautiful exhibition on the life and work of American architect Louis Kahn. Then we walked past the Eames elephants grazing above to tour the VitraHaus from top down. What can I say except that I might just have to run away from home and be a resident of the VitraHaus. It could be like a modern day version of the kids who live in the Metropolitan Museum of Art in “From the Mixed-up Files of Mrs. Basil E. Frankweiler.” I nearly had to leave Martin behind in one of the many Eames Lounge chairs. 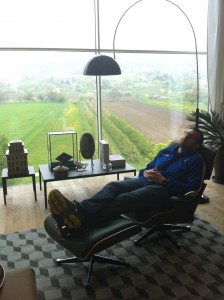 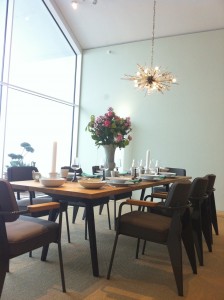 As I head into the weekend with visions of lounge chairs and lamps dancing in my head, I want to share a few other links that caught my eye this week. Next week: more on Tuscany. I promise. 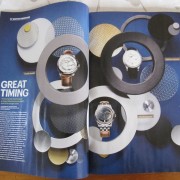 an evening at baselworld 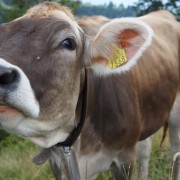 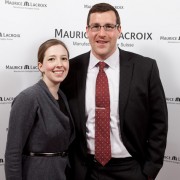