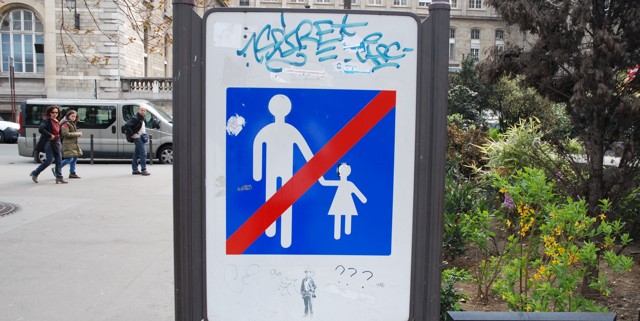 We encountered several things on our Paris trip that confused us. This sign was in the middle of the Place Dauphine. Given the question marks penned on the bottom of the sign,  I guess we aren’t the only ones that wondered what this particular sign is prohibiting. No families in this square? Adults may not hold the hands of children? I have no idea. Do you? 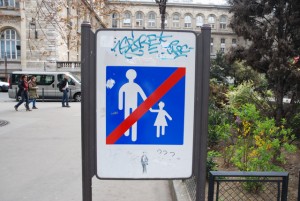 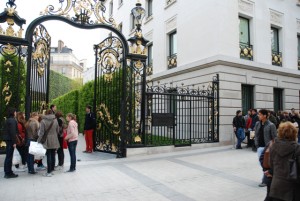 The second strange sighting was the Abercrombie & Fitch store on the Avenue des Champs Élysées. One thing I do not miss in Switzerland is a shopping trip where I must cross in front of the fumes of the nearest A & F. Despite sighting the occasional sweatshirt, I had no idea that A & F was so popular in Europe. I thought its popular had faded a bit since 2003, but maybe that was just the last time I set foot in the store.  We passed this A & F on several occasions during the weekend and each time the line in front of the ironwork gate was at least half a block long and the red chinoed hunks stood guard managing the line. 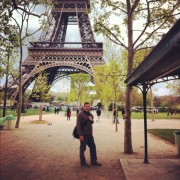 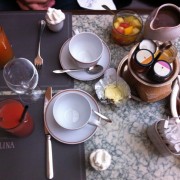 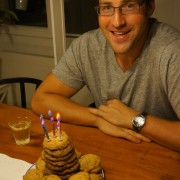 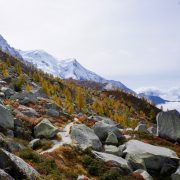 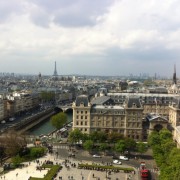 spring in paris / part I 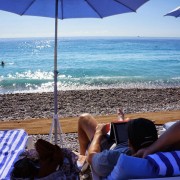 our zuri tour
Scroll to top